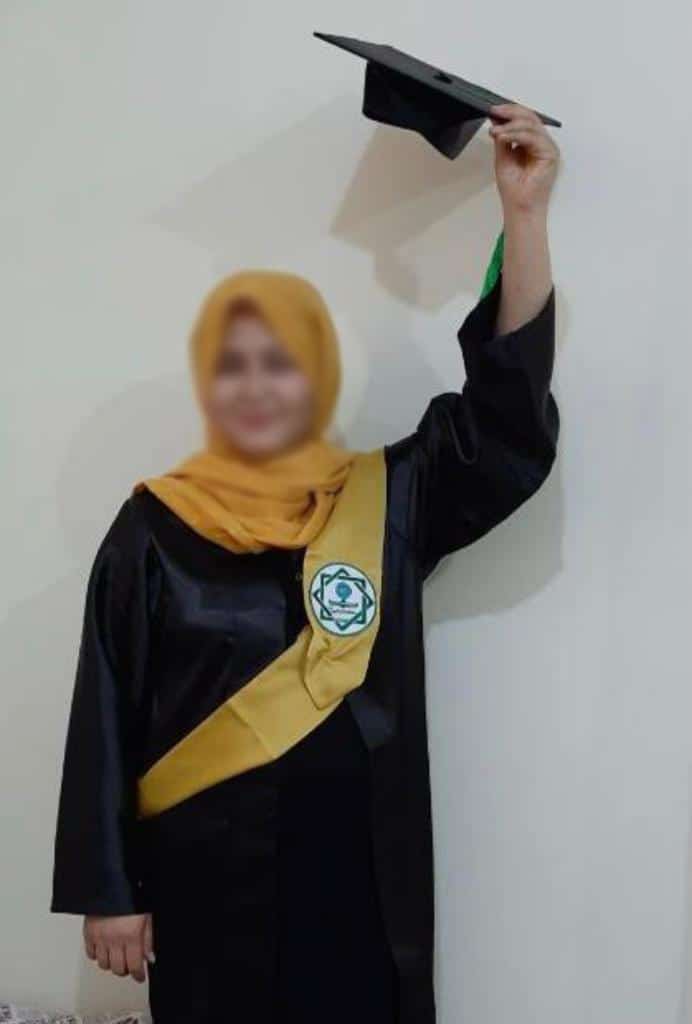 Freshta was 28 and married with two children when she was recommended for a scholarship by A More Balanced World.  She had been a top performing student all the way through primary and secondary schools, but was never able to pursue further studies due to lack of required funds and constraints from her husband’s family.

Freshta’s husband however was supportive of her continuing education. Proud of his wife’s intelligence, he was always generous in praising her, but unable to support her love of learning, financially.  With neither of them having any college education, their combined income barely met the needs of their 4-person family. 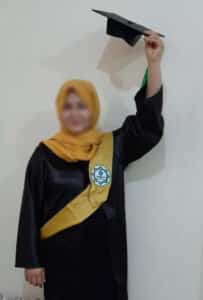 With support from ‘A More Balanced World’, Freshta was able to fulfill her dream of attending university, but not without facing challenges.  With in-laws opposed to her pursuit of higher education, the expectations put on her as a wife and mother, while there was still a need for her to contribute to the family income, all required that she worked much harder, through all of which she came out with flying colors.  In 2021, she completed her bachelor’s degree in Midwifery.

Freshta did not get to attend her graduation ceremony due to the mayhem resulting from the Taliban’s takeover of Afghanistan; so, she wore her cap & gown at home and asked her family to take a few pictures of her to commemorate her accomplishment, years in the making.

With her degree in hand, Freshta was now facing the obstacle of finding employment as a “trainee”, as the places of work would turn her down, even though she was willing to work without pay to gain the required experience.  She was finally able to find a hospital that agreed to allow her to work there for a fee, which ‘A More Balanced World’ agreed to pay.  However, impressed by her knowledge, skills, and work ethics the hospital waived the fee after two short months and hired her as a permanent employee.

A More Balanced World’ is ever so proud of Freshta and her success in overcoming the obstacles that are the reality of life in Afghanistan. She will be an instrument of hope and pride to her family as well as all women in Afghanistan. 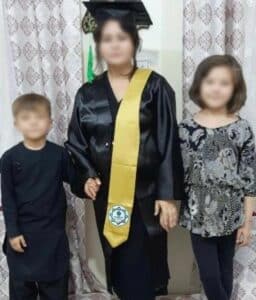 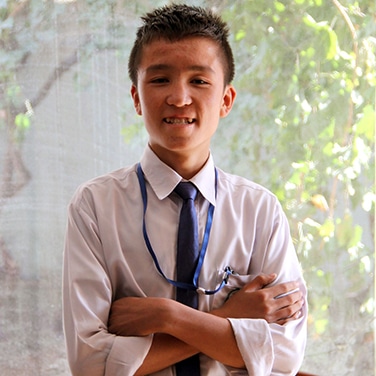 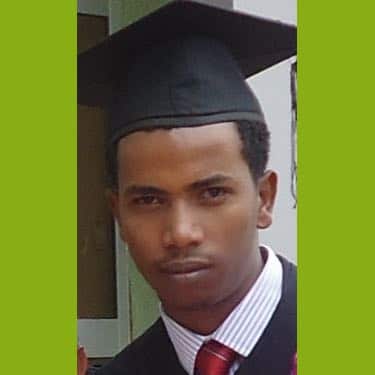